Another 6.6 million people filed for unemployment benefits last week as the coronavirus outbreak continued its devastating march through the American economy, the Labor Department reported on Thursday.

With astonishing swiftness, the pandemic has shut down both longstanding and new businesses, leaving veteran workers and recent hires in nearly every type of industry without a paycheck. In just three weeks, more than 16 million U.S. workers have lost their jobs — more losses than the most recent recession produced over two years.

It’s as if “the economy as a whole has fallen into some sudden black hole,” said Kathy Bostjancic, chief U.S. financial economist at Oxford Economics. Many Wall Street analysts concede that at this point, forecasts are not much more than gussied-up guesses: The purposeful and sudden halt in economic activity has no precedent, and no one knows when the restrictions on movement and commerce will be lifted. 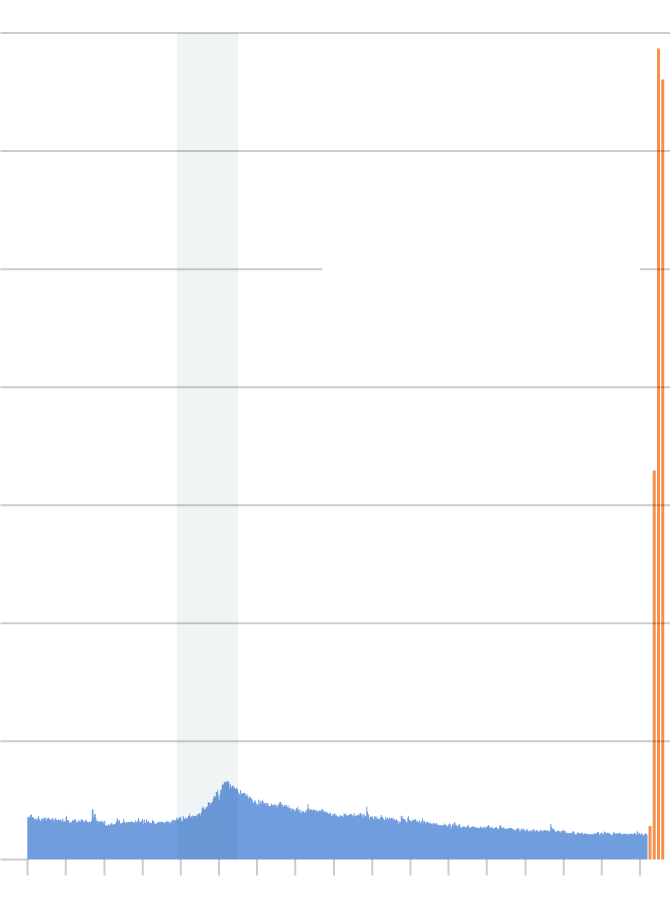 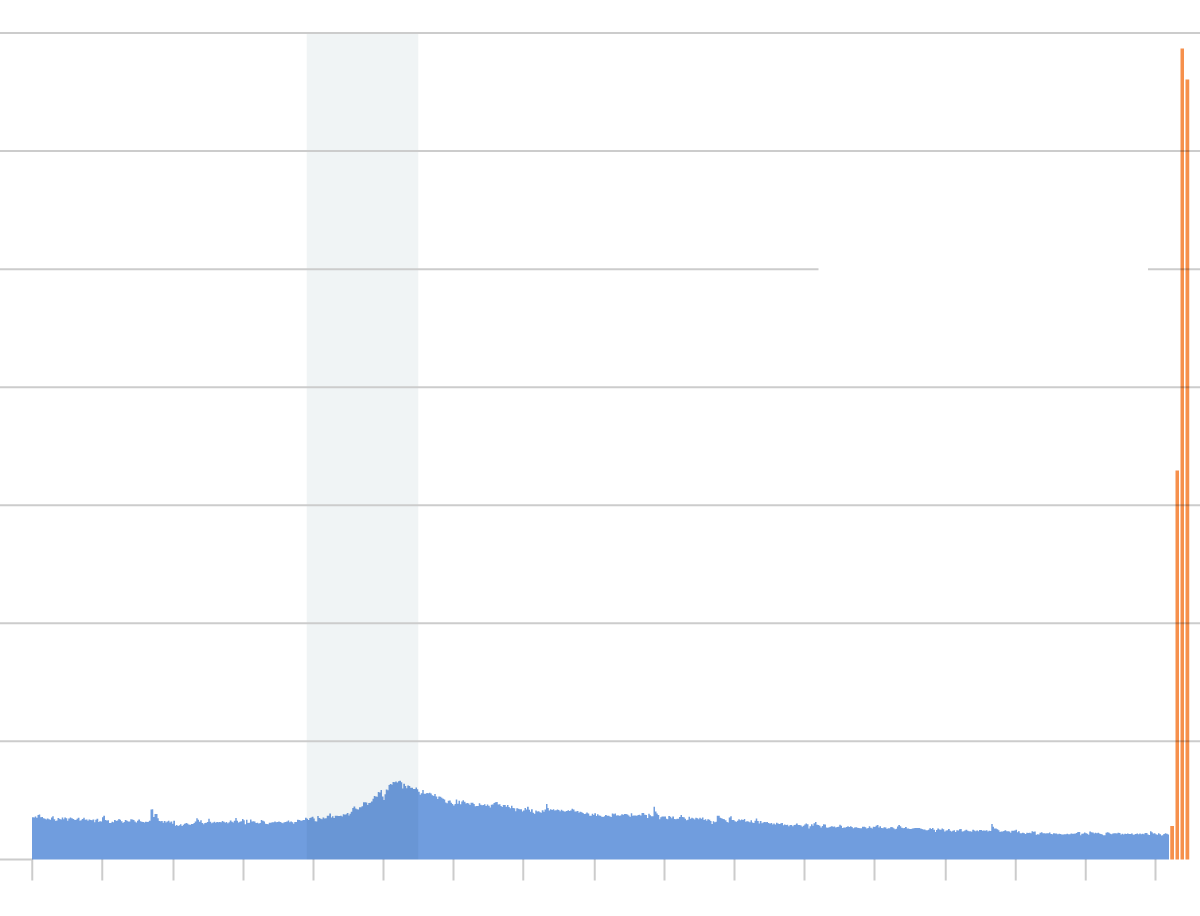 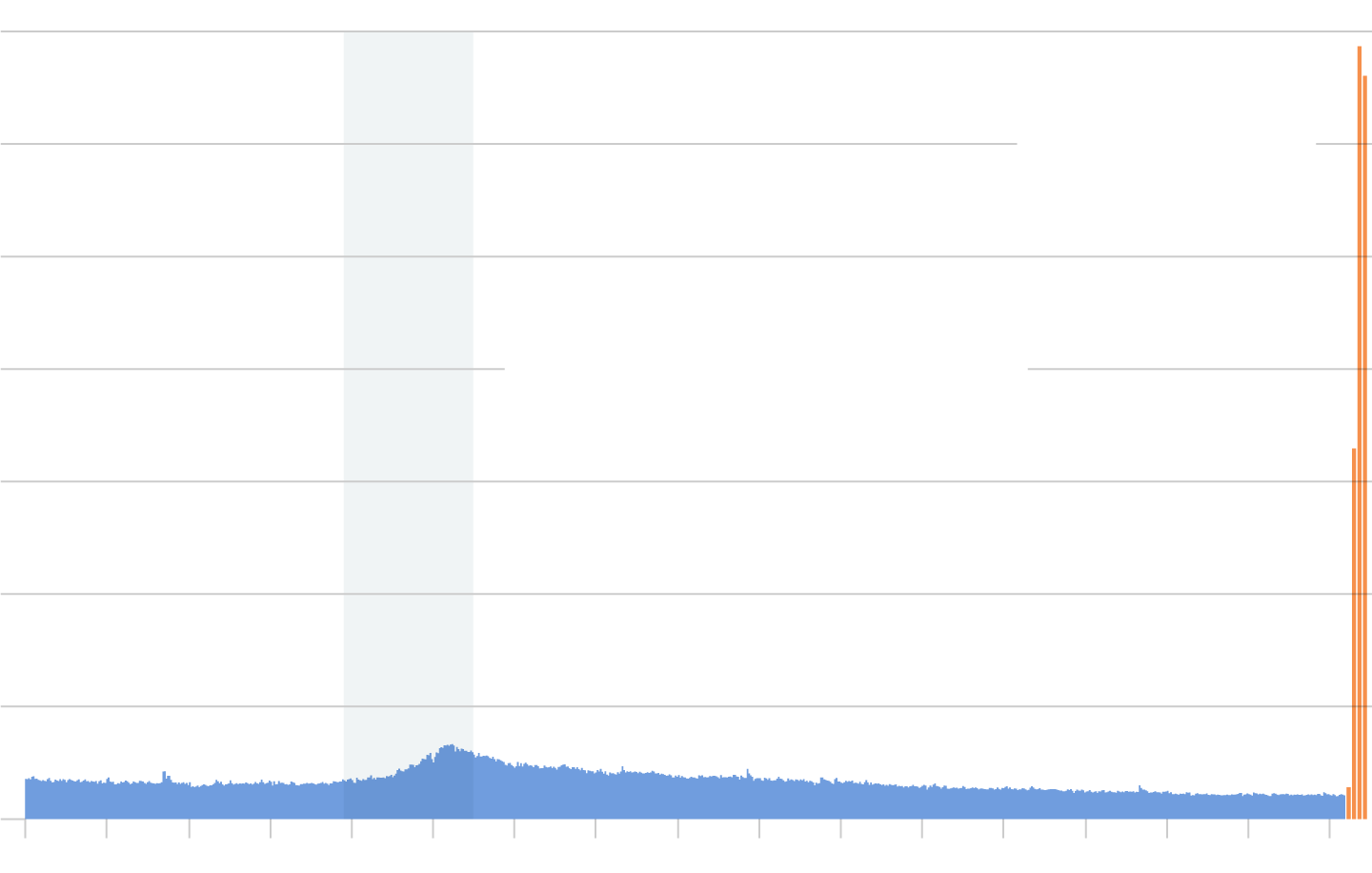 Given the current information, though, several economists expect that by the end of the month more than 20 million people will have been thrown out of work, pushing the unemployment rate toward 15 percent. In February, it was 3.5 percent, a result of 113 straight months of job growth.

The country’s gross domestic product, the broadest measure of the goods and services produced, could fall this quarter at an annual rate of as much as 35 percent from the preceding three months.

It is clear that this quarter will be “really terrible,” Ms. Bostjancic said. “We just don’t know the degree of terribleness.”

California recorded the largest number of initial claims last week: 925,000. New York, Michigan, Florida, Georgia and Texas also saw big jumps in the number of new applicants. Although the national figures are seasonally adjusted, the state totals are not.

The weekly tally of people filing claims is one of the best measures of the virus’s impact on the labor force, but it does not capture the full extent of the joblessness.

Despite feverish efforts in many states to expand staffing and upgrade technological capacity, unemployment offices have been vastly overpowered by demand. Applicants in several of the hardest-hit places, like New York and California, say they’ve made dozens of attempts — even hundreds — to get through online or by telephone. Some have still not succeeded.

In addition, directives to stay at home took effect only last week in many states. Florida and Texas, which together account for 15 percent of the nation’s payrolls, decided midweek to close nonessential businesses. As a result, the spike in claims in those states may not show up in the Labor Department’s report until next week.

Kendall Clark, an information technology recruiter in The Woodlands, Texas, said she had not managed to file despite more than 1,200 attempts, some at 1 a.m.

“The plan is that we don’t pay some bills, but pay the mortgage so we don’t lose the house,” she said.

Although each state sets the level and duration of its unemployment benefits, the federal $2 trillion emergency relief act passed two weeks ago expanded the program, widening eligibility and extending the period for compensation.

Those payments will be crucial in helping families survive the crisis, said Robert G. Valletta, senior vice president and associate director of research at the Federal Reserve Bank of San Francisco.

“It’s exactly the kind of bridge that we need to make sure people are able to maintain some level of household stability and come out of this without complete devastation,” he said.

Even with a check from the government, though, covering bills can be a struggle.

Lyn Douglass and her husband, William Hickey, who live in the Los Angeles neighborhood of North Hollywood, are feeling the pinch, even though California has relatively generous unemployment benefits.

Mr. Hickey, 40, who worked at an events planning company for the past 14 years, was furloughed at the end of March and has no idea when he will get his job back. “I’m in a bit of a limbo state right now,” he said. “It’s terrifying.”

Ms. Douglass, a casting producer and a wedding videographer, said her work started to dry up a few weeks earlier. Now nearly all of her spring gigs have been canceled.

They filed unemployment claims and have started receiving benefits, but said they had lost 75 percent of their average income. Even though the state’s benefits can replace 60 to 70 percent of wages, “it’s gotten to be so financially dire, I’m going to have to sell some of my cameras to pay rent,” Ms. Douglass said.

The couple spent a day calling creditors asking for more lenient payment terms on their Target card, their cable bill and other expenses. Most were understanding, they said.

“We have to prioritize what we’re purchasing — our cat food, our own food,” Ms. Douglass, 40, said. “We would usually rent a movie on Vudu, but now that’s out the window. Every dime is important to us.”

Getting money immediately into the hands of people who need it not only helps households buy groceries and pay rent during an acute crisis but also aids in the economy’s recovery.

“That helps to keep establishments open and running,” said Cathy Barrera, founding economist of the Prysm Group, and that could help prevent a short, sharp shock from turning into a prolonged slump after the epidemic ebbs.

The government’s relief package — which includes low-interest loans and grants for businesses, ready cash for individuals and expanded unemployment insurance — was enacted with that goal in mind.

“I am concerned that the way this relief has been channeled through the existing unemployment insurance system — which can be difficult to access in an expedient way — can be causing us some problems,” she said.

Several states, including Connecticut, have warned that checks could be delayed up to five weeks because of the deluge. Others, like Florida, start benefits only when a claim is filed, regardless of the difficulties that applicants have had.

But like many others, Kandy Thomas, a self-employed dog trainer and animal caregiver in Salt Lake City, found barriers to collecting. The state website she checked said that “these benefits are not yet available as we are awaiting further guidance from the U.S. Department of Labor on the process for implementing these programs.”

“There’s nothing for someone like me,” Ms. Thomas said. “As soon as you say you’re self-employed, you’re done.”

The Labor Department issued guidelines to states over the weekend, but the crush of claims is causing delays in some places.

Ms. Thomas, who lives with three rescue dogs and has five chickens, said she usually earned $5,000 to $6,000 a month and sometimes as much as $10,000. She was booked solid during the spring and had to turn some clients away, she said, but over three days last month, everyone canceled. She has no money coming in now.

“This is the first time in 20 years I’ve had to worry,” she said. “I was like, oh, my God, my whole world’s falling apart. The first week, I was a mess. I was so depressed, so sickened. But you can’t worry about what you can’t control. I’m strong, and I always have been.”

Normally, most states offer roughly half of a worker’s previous wage for up to 26 weeks of unemployment, but the benefits can vary widely among states.

In Florida and North Carolina, benefits last for only 12 weeks.

Under the new federal law, jobless workers will get an additional $600 each week through July. They will also be able to receive benefits for an additional 13 weeks.

Getting those benefits quickly, though, has been complicated by the unreadiness of unemployment offices to handle the sudden rush of claims.

Gov. Andrew M. Cuomo of New York said this week that the state had shifted its telephone response to call centers and that the new system should be in place by Thursday, making it easier to get through.

In Utah, Ms. Thomas is not counting on jobless benefits yet, but she plans to use the $1,200 stimulus check — when she receives it — to help cover some bills, including her business and health insurance.

“Thank God for my chickens,” she said. “They’ve been giving me eggs when I can’t find any in the store.”

Source: Unemployment Ranks Up by 6.6 Million as Coronavirus Hits Jobs

Ireland extends coronavirus lockdown until May 5